Dr. Narayan Hegde, has been felicitated by the Ministry of AYUSH, Government of India 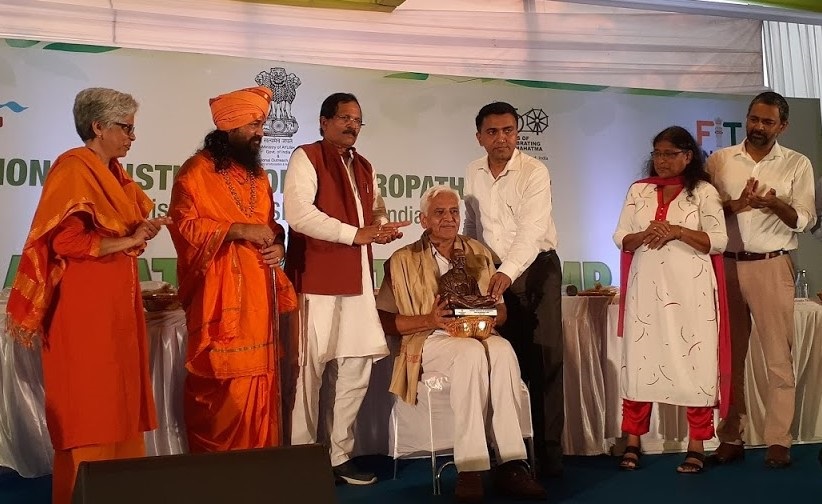 Dr. Narayan Hegde, Member Trustee, AME Foundation has been felicitated by the Ministry of AYUSH, Government of India, for his exemplary services in the field of Naturopathy. He was awareded during a function presided by the Union Minister of AYUSH, Shri Shripad Naik and the Chief Minister of Goa, Dr. Pramod Sawant  in Panjim, Goa on October 2, 2019, the 150th Birth Anniversary of Mahatma Gandhi.

Dr. Narayan Hegde has been involved in the management of the Nisargopachar Gram Sudhar Trust, founded by Mahatma Gandhi and popularly known as the Nature Cure Ashram, since early 1980s and nominated as a Trustee in August 1988. In November 1993, after the demise of Dr. Manibhai Desai, he was nominated as the Managing Trustee. During his tenure of 26 years, Ashram has expanded its capacity by developing necessary infrastructure to accommodate over 200 indoor patients and introduced many new therapies for treating of various ailments effectively.  With pro-poor policy, Ashram has been treating poor patients at subsidised cost. Over 10,000 patients are treated every year for various problems, mostly chronic cases and obesity and over 95% of them return home with immense satisfaction. Ashram has also been conducting yoga classes for rural women. 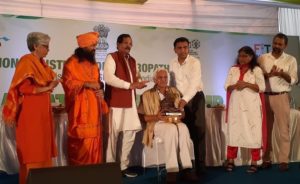